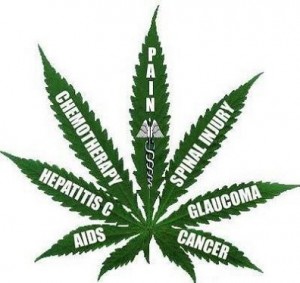 Perhaps the most controversial herb today is cannabidiol, CBD. A derivative of the marijuana plant, CBD is top of mind in discussions among medical scientists across the world. Because the marijuana plant has gotten such a bad rap for the past 70+ years, medical’s society is reluctant to budge. Although case after case has brought conclusive evidence to the table, but only a relative few practitioners are munching on the medical benefits. Why? Lots of reasons from regulation, dosing, politics, greed, power – but hey, once that’s all figured out, they’ll be on board, too.

What we know so far is that children with severe epilepsy have gained their lives back. The use of cannabidiol has shown to reduce the number of grand mal seizures down from dozens a day, in some cases, to once in a while. Charlotte, the little girl in the film below, was having about 300 seizures a week. That’s one every fifteen minutes. After starting treatment with CBD oil her seizures dropped to as low as 1 a month, and sometimes zero a month.

After several months Charlotte is basically seizure free and living a normal childhood. Needless to say, there wasn’t a stone that wasn’t upturned to find this little one some help. Plumbing the medical system to get a doctor to sign off on allowing her parents to use a Class 1 drug was all it took. It is nothing short of a miracle drug for families who have gone in every direction, minus a frontal lobotomy to find help for their child.

The CBD is non-psychotropic and doesn’t cause an altered state of mind. THC, a-tetrahydalcannibinol, the chemical component of the plant is what gets you high. When the CBD is isolated and used independently of the THC is poses none of the side effects usually associated with marijuana. A level of CBD is at 17% for what Charlotte is taking, and in the same prescribed plant the level of THC is only 0.5%. This plant is specifically cultivated for CBD.

Adults with chronic pain have also found relief using medical marijuana. Neurologists are prescribing it more frequently, where laws allow, for patients suffering from Peripheral Neuropathy. This condition is described as being poked by needles or nails and reaches into the area about an inch down from the surface of the skin.

Among those who suffer, it is mostly located in the feet. For those who smoke the herb, the side effects vary and should be Doctor prescribed. If using an edible the dosages can vary greatly. Companies are in a rush – a gold rush – to standardize dosages. Talking with a medical doctor who is an advocate of this form of treatment helps the patient determine the balance of CBD to THC that is most applicable.

Israeli scientists have long been studying the effects of using marijuana in various treatments of cancer. Spain is another country that is pioneering research. The United States is among the top three countries doing extensive investigating into the applications of treating different forms of cancer. The studies are still in their infancy and inconclusive, but so far they have found that different strains and levels of THC and CBD kill cancer cells.

It may be too early to celebrate, but because there are more countries relaxing their governmental grip by allowing medical marijuana dispensaries, we have more options. It is at least becoming more available. Under an open-minded physician’s guidance, trying different protocols can lead to some promising results.

There are hundreds of interviews with lay people who have taken it upon themselves to get good guidance in treating their symptoms, but at the same time keeping satying in charge of their health regime. Because dosages are not regulated across the board, and because there are vast numbers of different strains, it is highly advisable to speak with a professional. CBD oil has been found to be safe in large amounts, but there is still a lot of research to be done on both CBD and THC.

So far the early verdict is in favor of this ill reputed herb. Time will tell. However, it seems this cause is moving forward in rapid time. We are hopeful that more miracles occur as more information comes out regarding the benefits of CBD and medicinal THC. Let us know what you think. Leave a comment below and chime in on this discussion.